This cartoon was commissioned by Coindesk for their year-end Most Influential People in Crypto 2017 feature. Check out their interview with Bitcoin Sign Guy here.

The anonymous hero who photobombed Janet Yellen with his handwritten sign became an unexpected symbol for the rambunctious armchair revolutionaries that rallied around Bitcoin this year.

I struggled with the concept for this piece, and in fact, finished a completely different treatment before hitting on the Sesame Street concept you see above. The Coindesk folks already had a pretty strong idea of what they wanted for Bitcoin Sign Guy and we went back and forth for awhile on this one. 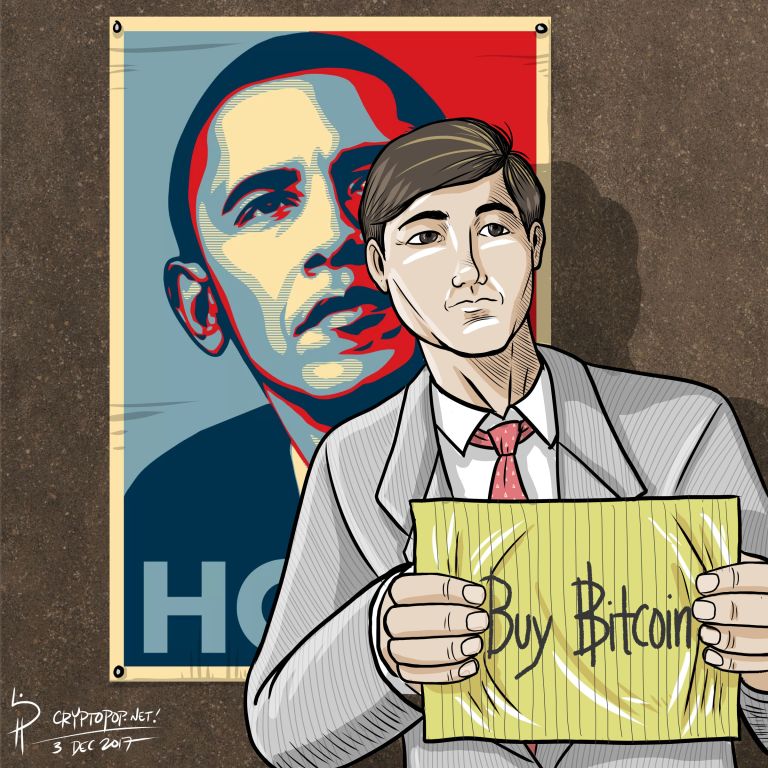 The inspiration for the final cartoon came mainly from Feist’s “1, 2, 3, 4” music video, as remade with the Muppets. I knew that I wanted something silly but really impactful, in much the same way that our hero was, and it’s probably my personal favorite from this Coindesk series.

Grab the official shirt, hoodie, or print collecting all 10 portraits
over at Cryptopop’s Threadless store!

If you liked this or any of my other cartoons, a small tip would help me dedicate more time to this hobby.

Crypto Pop is a personal project that brings together my two favorite things: cryptocurrencies and pop culture. If you like the stuff that you see here, please share it with your friends! Follow me at @helloluis or email me at lbuenaventura2 AT gmail DOT com.

If you like my cartoons, consider donating via Bitcoin! 14uGaGR1bv8YUy4uyi2MiZbTfT4t9DLwGB